How to Fully Shutdown Windows? 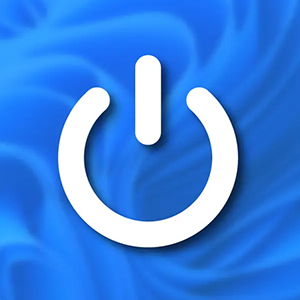 By default, Windows enables a feature called Fast Startup (Hybrid Shutdown) that can shut down and boot up your PC much faster than Windows 7 or previous versions of Windows. When "Fast Startup" feature is enabled, Windows will hibernate instead of shutting down. "Fast Startup" closes your active programs and puts the computer into a low-energy hibernation state that allows you to boot up your computer much faster next time.

Fully shutdown Windows instead of hibernating it

When you click "shut down" in Windows 11, Windows 10, Windows 8, you're not actually shutting it down completely, the way you did in earlier versions of Windows. Even though the menu item is called "Shut down", Windows actually does a partial hibernation, which is why the shutdown process takes so long. It does this so that it can boot to Windows faster the next time you turn on the computer.

If you prefer to have your PC completely shut down, you can either turn off "Fast Startup" feature or use the following methods to fully shutdown Windows.

If you would like to perform a full shutdown, simply hold down the SHIFT key on your keyboard and then click the “Shut down” option in the Start Menu, or on the sign-in screen.

Start up the command prompt by simply typing "cmd" (without the quotes) and hitting the ENTER key.

Type "shutdown /s /t 0" (without the quotes) in the window that appears, followed by the ENTER key.

"System uptime" is the time during which a computer is functioning or able to function. You can find and learn Windows uptime by using Task Manager or a system uptime software.